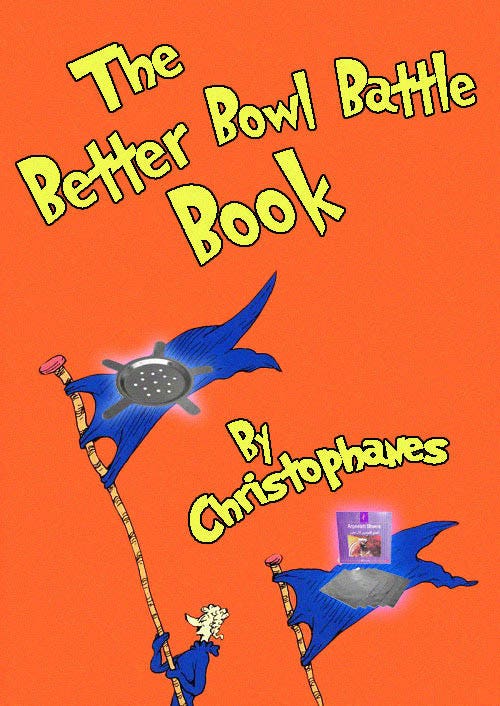 Like the Butter Battle of Dr. Seussian lore, the dispute over screens and foil for one's bowl gives no indication of decisive conclusion.  Fans of foil are as deeply entrenched as supporters of screens on the means to separate ones shisha from one's coal.  In this Better Bowl blog, we'll examine the more specific details of foil usage and screen usage, so you can make a better informed decision on how you smoke your hookah.

Hookah Bowl Screens - Reusable and sturdy, screens feature holes of a set number and width.  While their standardization and construction makes screens more handy and reliable - you'll never run out or tear one - these limit the ability to adjust the heat flow by varying the hole size and spacing.  Larger holes should always have more space between them than smaller ones, and will permit more hot air through in more concentrated areas than smaller holes.  This can mean, in some situations, more heat into the bowl: ideal for especially "sticky" tobaccos, though you may want to pay closer attention tending the coals if using a screen with shishas that respond better to more gentle heat.  While a screen will become discolored with use, it will continue to operate without impairment.  Even if you prefer foil, it isn't a bad idea to keep a screen in your hookah kit as a backup and never have your session 'foiled' again! Hookah Foil - For the expert bowl pilot who likes ultimate control over heat management, foil presents the ability to permit more or less heat through than a screen.  By creating numerous small holes instead of fewer large ones, the heat will dissipate more evenly over the top of the bowl, and the tobacco will heat more gently.  Unlike hookah foil, kitchen-grade foil commonly has chemical non-stick coatings and a percentage of nickel (a metal that breaks down at lower temperature than aluminum).  Additionally, as the extra foil hanging off of the bowl will seal nicely against the underside, you'll have a more air-tight seal around the edge of the bowl than screens, which may leave tiny gaps between the metal of the screen and the edge of the bowl.