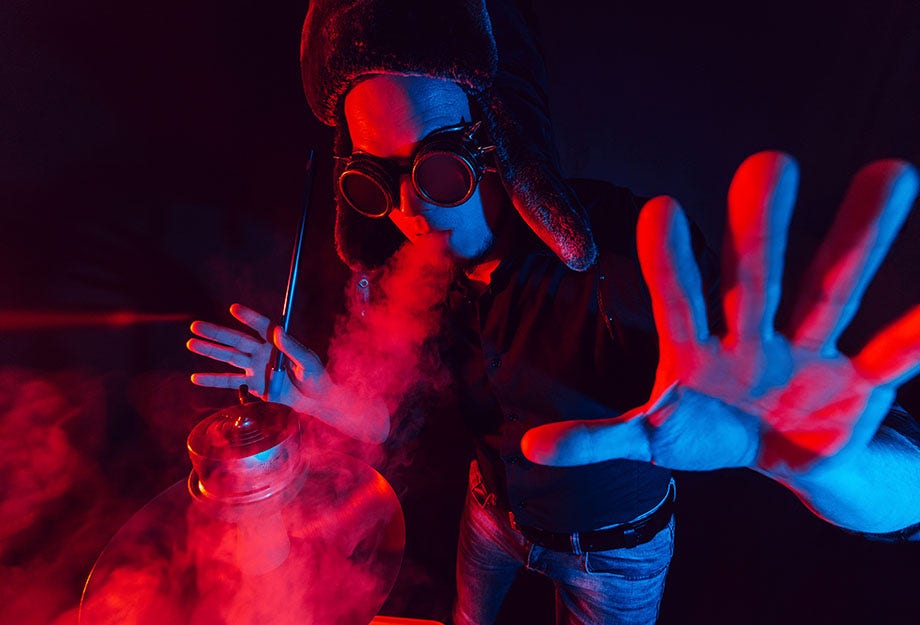 The Future Of Hookah

The art of hookah has been around for centuries and over those centuries the art form has slowly evolved. At some point someone looked at a pipe made from wood and said, maybe this would last longer if it were made of brass? At some point someone made the first glass base, someone added flavoring to the tobacco for the first time, someone added more and more glycerin and honey so it produced more and more smoke, etc. The art form evolved, but it all moved very slowly.

Jump to modern times and the evolution of hookah has exploded. It seems like every week there are new hookah designs being unveiled, new types of bowls, different brands and types of shisha, new hoses, and so much more. The changes are coming fast and furious. That lead us to think, what will the future of hookah look like?

In this post we are going to showcase some of our predictions as well as the most advanced products which are available to us right now. Hold on to your butts, this is going to be a wild ride.

The Future Of Hookah Coal

While the consistency and commercial availability of hookah-specific charcoal products has gone through the roof in the last decade or so, the concept of hookah charcoal remains almost unchanged since the beginning of hookah. The coal heats the shisha, which produces vapor, which is passed through some water, and then inhaled. Nothing much has changed here.

As anyone who has turbo-smoked a shisha bowl before can tell you, this can lead to some mighty harsh smoke and a nasty burned-shisha taste. Once the hookah scientists can figure out this aspect of the electric hookah coal, I think we will be able to say goodbye to carpet burns and coal ash for good.

The Future Of Hookah Pipes and Hoses

The Future of Shisha

At the end of the day, if someone can replicate the exact experience of a tobacco based shisha in a way which is cheaper, easier to use, and more consistent, then this may change, but until then we predict that shisha tobacco will remain a staple of the hookah world.