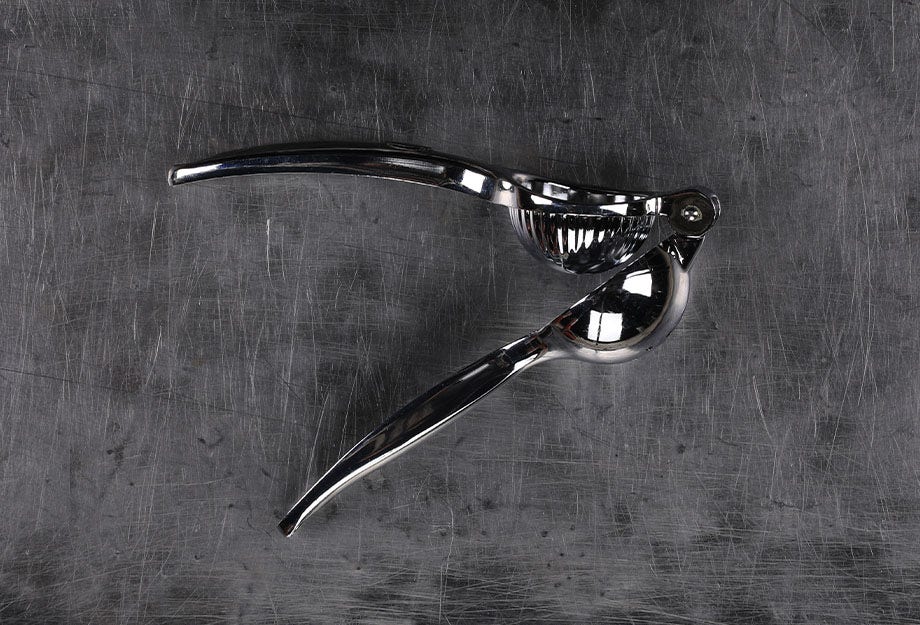 So you're almost ready to smoke, but you're missing a couple of integral parts. This is your chance to prove to the world that your youth spent watching MacGyver was time well spent. Do some deep breathing and summon your powers of ninjanuity, we've come too far just to quit now.

I shook my head clear of distracting questions ("How the heck could I forget the Hookah Bowl? Grommets I can understand but a BOWL?") - now was the time to focus. Fortunately, a friend and co-ninja had my back in the face of smokeless adversity as we fanned through the apartment, accumulating everything bowl-esque. Bowlular. In the manner of, and resembling, a bowl. The criteria were deceptively simple:

My first idea was to cut the bottom 1/4 off of an empty aluminum can and add holes using a reliable hammer and nail. It didn't escape our notice that we had over 90 ft. of aluminum foil at our creative disposal. Miscellaneous items were pulled from drawers and tossed aside. Finally, a beam of sun penetrated the looming, leaden, metaphorical clouds to ignite hope in our shisha-hungry hearts. Co-ninja Jason sounded a barbaric yawp and held it aloft. We'd found it: 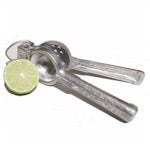 Yes friends, don't let its awkward appearance and culinary context fool you. A lime squeezer may just be one of the best near-bowls any hookah has ever seen. The juicer would need a little reinforcement to sit in its proper place atop the hookah shaft, and what's better for "a little reinforcement" than several rubber bands and multiple arm lengths of electrical tape? 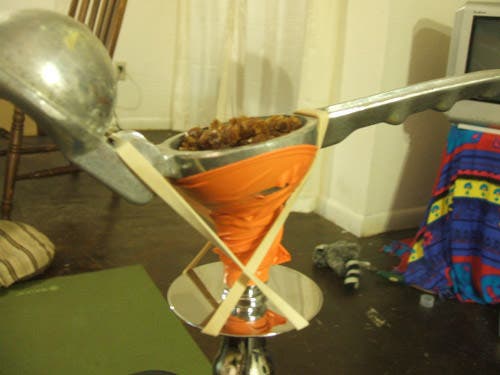 This is the initial placement of the rubber bands, before the bowl saw any use. It turns out that they were too near the heat source, and both melted half way through the bowl - one dropping piteously on the floor, the other launching itself towards my co-ninja (who narrowly dodged it). 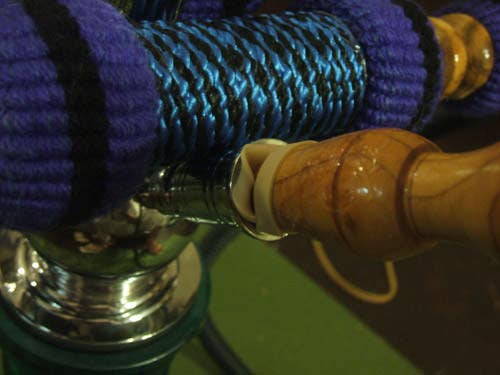 Now, a generous sheet of foil and a couple of Golden Coals up top and we're in business. 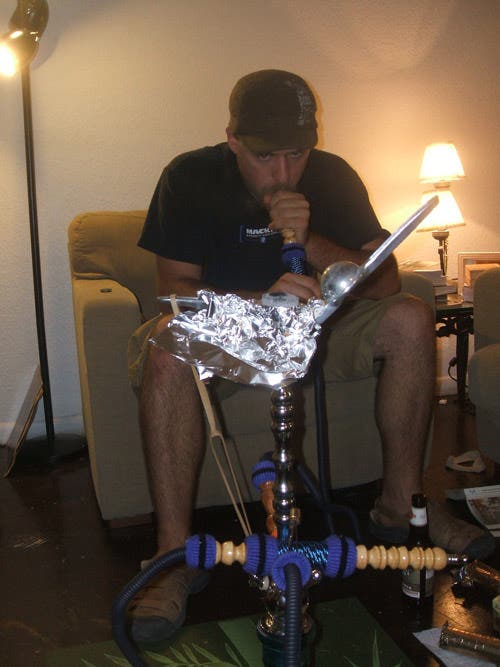 How did it smoke? Quoth the eloquent Kool-Aid man: "Oh Yeah!!!" A hefty bowl of Romman Mint lent a fresh chill to the evening, and eased the sting of the backgammon match I lost terribly. Note in the picture that we ultimately used two large rubber bands to stabilize the squeezer against the shaft, as the handles offset the equilibrium.

Have your own "hookah worst case scenario" to share? Send them in! Include pictures, and you just may find yourself here on our blog.