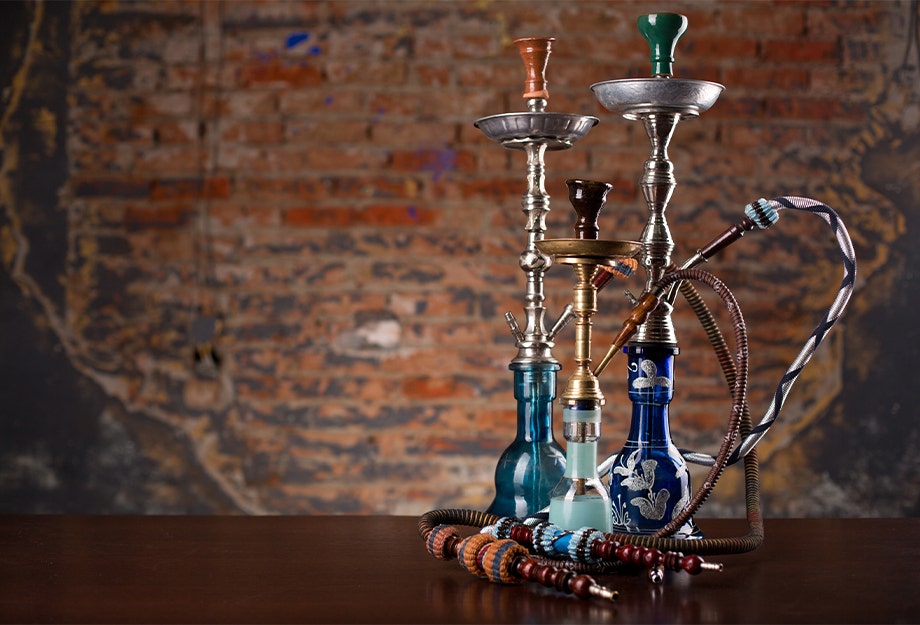 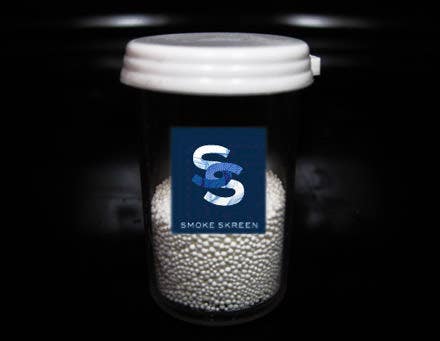 Six Coco Nara coals on the fire, two hookahs, two bowls of Fantasia Rainbow Burst, and one mystery vile of Smoke Skreen hookah water additive that has been secretly placed in one of the hookah bases by one of my friends so I wouldn't know. One of my lab rat hookahs is an Old School Rotator. The other is a light blue Mya Saray Crystal hookah. Talk about clash of the titans! One of the hookah bases contains a gram of Smoke Skreen and it's my job to see whether or not I can tell which hookah it is in. According to the manufacturer, Smoke Skreen hookah water additive makes your hookah less harsh and more flavorful. So we're putting it to the test! Let's get smoking! 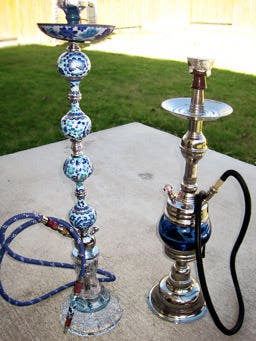 The sweet smell of Fantasia Rainbow Burst fills the air and the coals are warming the hookah tobacco. After a few rips from both the Crystal hookah and the Old School hookah, there was a noticeable difference between the two. It was pretty easy to tell which had the Smoke Skreen hookah water additive, but let me say this. It's not as WOW-ing as I had hoped. If I were to put a percentage to the difference in flavor, I would have to say that it will enhance your hookah flavor by about 10-20%. As far as harshness, this may be its finest attribute. The smoke seemed to be a tad smoother and creamier. So if Smoke Skreen can add to the overall smoke value and taste, it may be worth the price to throw a little of it in your hookah bowl from time to time. 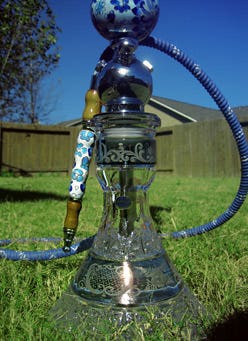 I would guess Smoke Skreen hookah water additive might work better for some flavors and less for others.  But it DOES work!  Test it for yourself and tell us what you think!  Let your voice be heard by leaving comments below or by posting on our Facebook page.  Your feedback is always appreciated!  Happy Smoking!