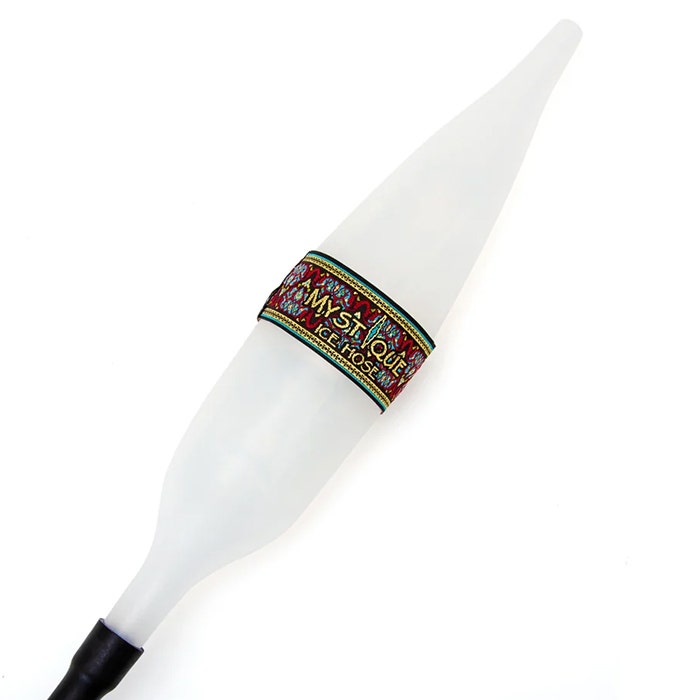 It seems as though most hookah lovers are in the constant pursuit of cooler hookah smoke. Of course you can put ice in your base water, but there are multiple devices that have been invented to help chill as you puff - but which one is right for you? Let's take a look at the pros and cons of the top three glacial smoke providers.

The Mystique Ice Tip is 13 inches in length and works in conjunction with the Nammor Hookah Hose (and other similar styles of hoses that have a removable mouthpiece). The Mystique Tip + Nammor Hose combo pack is definitely the best one-stop deal. Inside the Mystique are non-toxic packets of water that act like ice cubes when frozen. As the smoke travels through the tip and comes in contact with the frozen water packets, it is chilled to a soothing temperature.

The Soguk is similar to the Mystique in that it is an attachable cooling accessory, however instead of using water as the cooling agent, a special vegetable-based glycerin solution is sealed inside the device. This solution stays frozen longer than water, allowing the smoke to stay icy cool. This product fits on most hoses with the help of a rubber adapter.

Benefits:
• The vegetable-based glycerin stays frozen longer than water
• Comes with a rubber adapter that allows it to be used on a wider variety of hoses
• Works very well, creates very cold smoke

Measuring 6 feet (72 inches) in length, the Mya Freeze hose features a handle that unscrews to fit a non-toxic water capsule that you freeze by simply leaving it in a standard freezer for several hours. The hookah smoke is cooled down as it passes around the frozen capsule.

Benefits:
• No bulky attachment
• The hose is wider than most Mya Hookah Hoses, allowing for more draw
• Fits almost any hookah

That's the basic break down of the most popular smoke enhancing items for your hookah. They all have their strengths and their weaknesses, but it's definitely worth it in the effort to find the perfectly chilled smoke. What is your favorite smoke cooling accessory?