Logo
Contact Us
Home | Blog | What is in a hookah 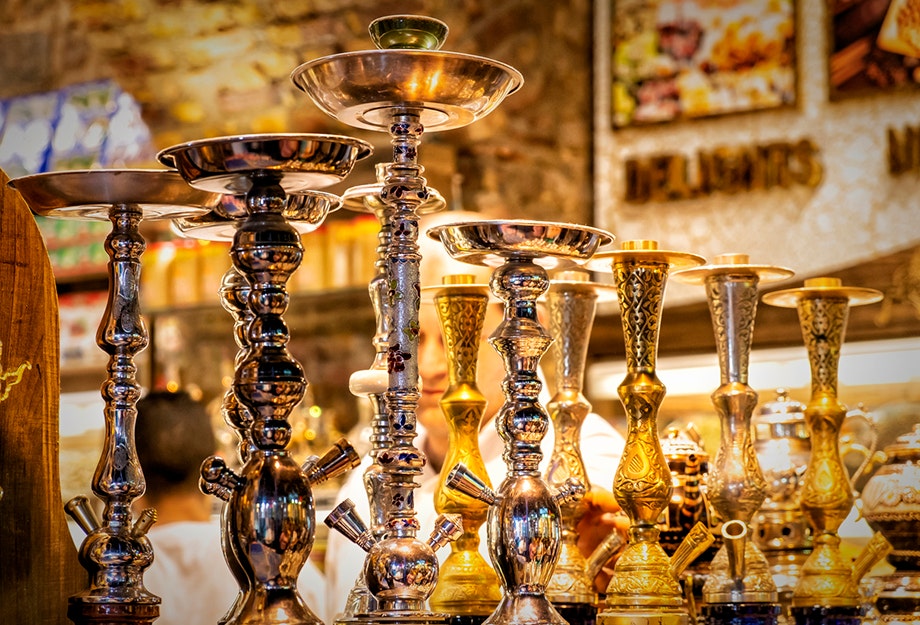 What's in a Hookah? Hookahs Explained

Some of the most common questions that we receive here at Hookah-Shisha are "What is a hookah?" or "What is in a hookah?". However, due to the varying vocabulary for hookahs in different parts of the world some people may use the word "shisha" when to referring to a "hookah" or vice-versa. In this blog, we're going to cover some of the most commonly used terms for each part of the hookah and give you a crash course in Hookah 101.

This knowledge will help you make an educated decision when browsing our extensive hookah category or give you a better understanding of the equipment you have at home.

A Brief History Of Hookah

According to Wikipedia the first known existence of hookah dates back to the 1560s and there are two theories as to its origins.

Most sources point to Persian physician Hakim Abu'l-Fath Gilani as being the inventor of the hookah following the introduction of tobacco to Persia and India by Europeans. He surmised that filtering or "purifying" tobacco smoke through water would reduce health risks when compared to smoking dry tobacco and subsequently devised the first hookah pipe.

Alternate theories suggest that hookah may have originated in the Safavid dynasty of Persia sometime between 1501 and 1722 and subsequently spread east into India.

Hookahs - What Are They?

A hookah is a water pipe that is designed to be used for smoking shisha tobacco. When smoking a hookah the smoke itself is generated at the top of your hookah in the hookah bowl, passes down through the hookah stem into the base where it is filtered through the water, and then passes back up through the hose that you are inhaling on. Shisha tobacco provides all the flavor for your session and we carry just about every taste profile you could think of in our shisha category.

Hookah has a long and storied history across the globe and, as a result, there are many different types or styles of hookahs. While hookahs may have varying aesthetics or appearances depending on the country of origin the basic component parts and functionality will be the same for all hookahs.

What Do You Smoke Out Of A Hookah?

Hookahs are designed for a type of tobacco called "shisha" or "shisha tobacco." Shisha is a form of flavored pipe tobacco that is blended with honey or molasses, glycerin, and flavoring that, when smoked out of a hookah pipe, create thick clouds of smoke that are very flavorful. A special type of charcoal known as "hookah charcoal" is used to heat the flavored tobacco mixture and, instead of outright burning the tobacco leaves, these coals "cook" or vaporize the liquid components of the mixture (the honey/molasses, flavoring, and glycerin) to create the clouds of smoke and flavor that are distinctive of hookah smoking.

We'll start from the top of the hookah and work our way down taking a look at the basic parts that every hookah will have and what each part does: 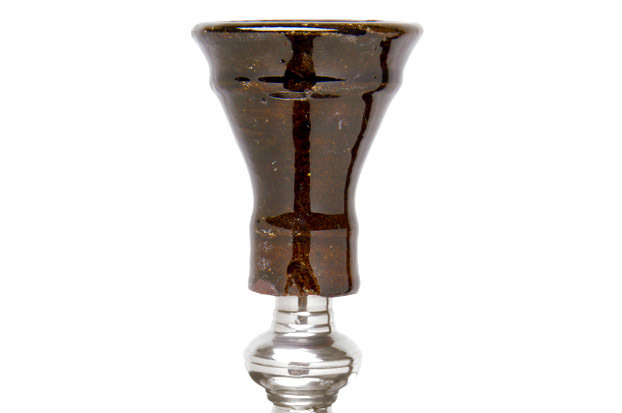 1.) Hookah Bowl (Head) - The "bowl" or "head" of the hookah is typically made from clay or ceramic and will sit at the top of your hookah and this will be the part that holds your shisha tobacco. Once the tobacco has been loaded into the hookah bowl, aluminum foil is added on top, and charcoals are added on top of the foil to heat the tobacco. 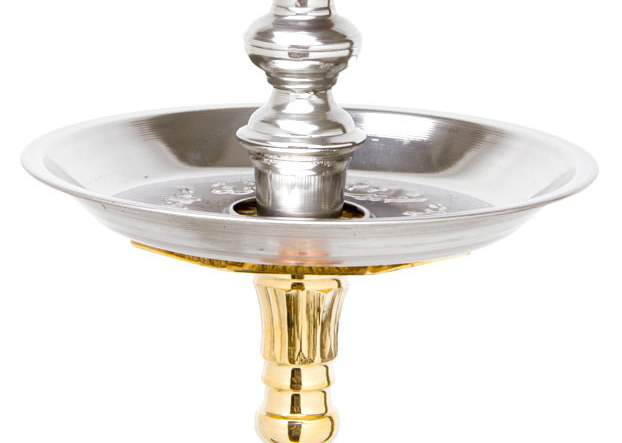 2.) Charcoal Tray (Plate) - The "tray" or "plate" of the hookah will be a metal disc that sits on your hookah stem just below your bowl. This piece will help to catch excess ash from the charcoals on your bowl and is also a good place to keep additional charcoals that are being added or removed from your bowl. 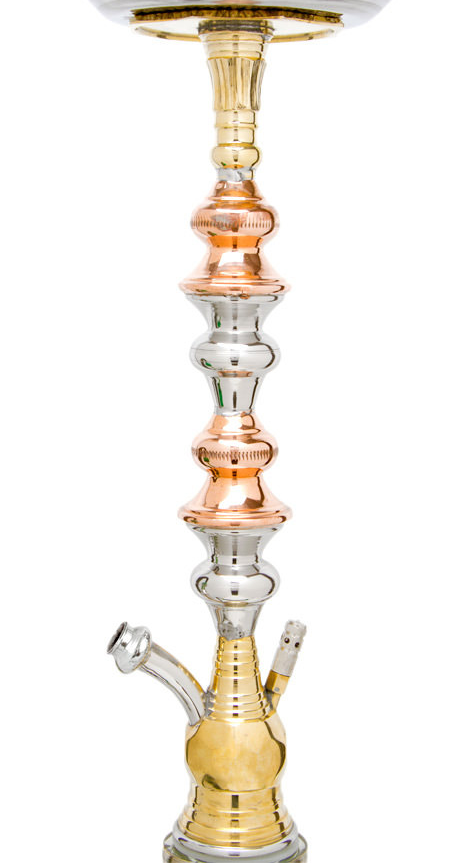 3.) Hookah Shaft (Stem) - The "shaft" or "stem" of the hookah is the metal section of the hookah that all of your other hookah components will connect to. The metal tube at the bottom of the stem that sits down into the water in your hookah base is known as the "downstem". With handmade hookahs, this piece is typically welded to the upper portion of the stem. With many machine-made hookahs, the downstem is a threaded piece that can be screwed on or off of the upper portion of the stem. The shaft will also have 2 very important pieces attached to the sides of it as well: 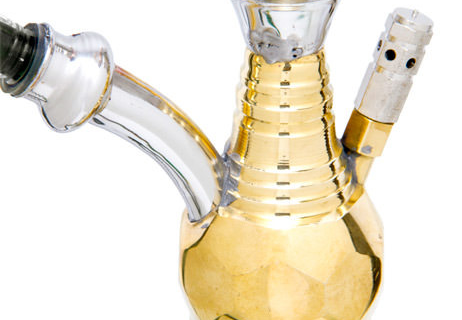 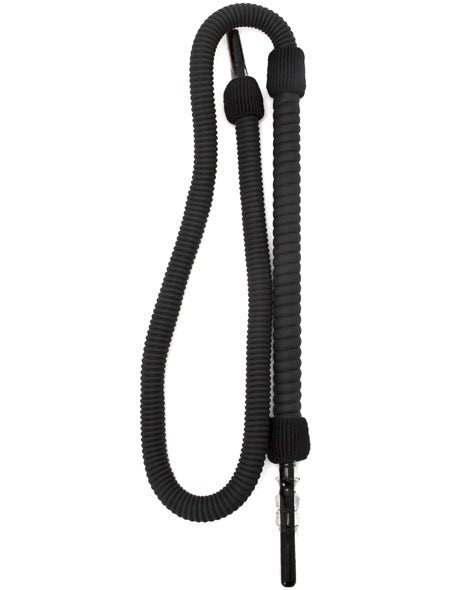 4.) Hookah Hose - The hookah hose is the part of the hookah that you will inhale on when smoking. When you inhale on the hose, air is drawn into the top of the hookah causing the smoke to be drawn down through the stem and into the water in the base and then back up through your hose. There are many different styles of hoses available and traditional hoses are typically made from leather whereas modern hookah hoses are typically made from silicone or plastic. 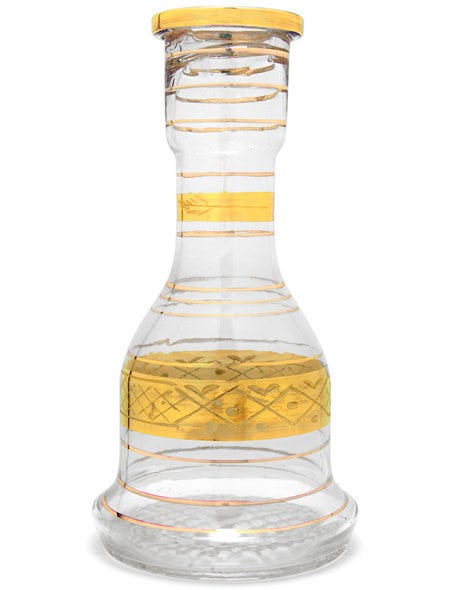 5.) Hookah Base (Water Jar) - The hookah base will be the bottom portion of your hookah set up and is the piece that holds the water which filters the smoke passing through it. Typically this piece is made of glass, although there are hookahs bases made from plastic as well.

For more information on hookah parts and how to set up a hookah check out our handy dandy video guide on How To Set Up Your First Hookah Session.