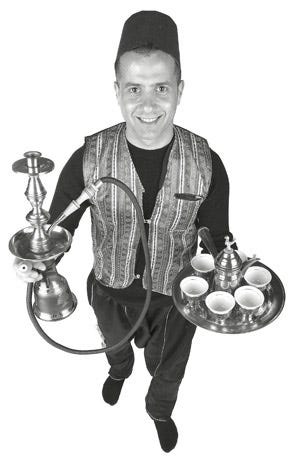 What's in the name "hookah"? - shisha by any other would taste as sweet

You can't have a hookah without a hookah session. Well, technically, you can have an unused hookah and therefore no hookah sessions, but such unspeakable oddities shan't be dwelt upon in this blog. The problem is, as anyone who has used the term “hookah session” three times in as many sentences knows, the phrase is cumbersome, unwieldy, and connotatively inadequate to capture the spirit of one or more people enjoying a hookah. George Orwell once advised that one never use a long word when a short word will do. Ignoring the fact that he also suggested disregarding his suggestions, I've set out to find (or coin, as the case may warrant) a single word, shorter than the phrase "hookah session" that expresses the subtle joy of the instance of smoking a hookah. How do names arise? This four-word question has occupied cumulative centuries of research, study, and evolution – so I won't try to answer it. Rather, I'll focus my energies on deliberately naming a relaxing phenomena. The word for the occasion ("le mot juste" in French) must be taken from a root already well known to the hookah community (or "hookammunity"?), I figure, for it to gain popular usage. The English language is a tricky one, filled with prefixes and suffixes of shadowy origin.  The Dictionary.com, an online compilation of several respected dictionaries, defines the suffix "-ist" as "a suffix of nouns, often corresponding to verbs ending in -ize or nouns ending in -ism, that denote a person who practices or is concerned with something, or holds certain principles, doctrines, etc...". Therefore, one who smokes a hookah may be known as a "hookahist".  While this word suits our purpose well enough, it doesn't chime appetizingly in the ear.  Plug in a more traditional word for "hookah" - nargile - and you get: "nargilist".  By extension, the act of smoking a hookah could be "nargilism", or "nargility".  Why "have a hookah session" when you can "nargilize"?.  When you've smoked enough, you drop your hose and sink back happily nargilized.  The word "hookah" has served us too well to be thrown out.  One can certainly "hookahlate", and if you take your shisha seriously, feel free to "hubbly-bubblify" a bit.  Have some suggestions?  Add them in a comment to this blog, and you may find yourself in the dictionary!