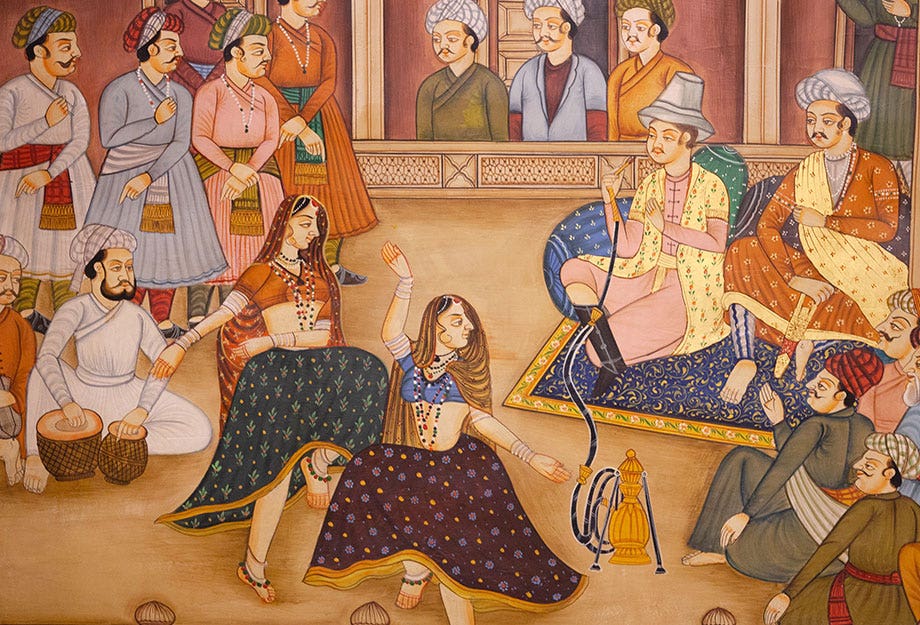 Smoking Hookah is and always will be a social experience.  As if I needed to tell you!  "Hookah Culture" is a vast umbrella that covers history, customs/traditions, etiquette, atmosphere, and more.  Today, as the wave of hookah culture is spreading to newer regions of the world, some traditions get left behind and forgotten.  Some, on the other hand, are often ignored.  Below is a list of unofficial "rules" that are associated with proper hookah etiquette.

1. The first thing to understand and consider is what I call "house rules". This is the most important one to remember. If you're at your friends house and he has a set of rules, follow them.  If you're in another country, know their customs and traditions. You never want to offend your hosts.

2. Usually, the person who sets up the hookah gets to smoke first in the rotation. The person in charge of coals goes second. Does this mean that if you set up the hookah and coals you get a longer turn? Not necessarily. However, some people believe that if you supplied the hookah and/or hookah tobacco, you reserve the right to smoke longer if you so desire.

3. Rotation is always CLOCKWISE (meaning - if you're in a circle, it is your turn when the person on your right has completed their turn and placed the hose down). So why didn't I just say "pass it to your left"?  Because it is considered rude to pass the hose to someone directly in some parts of the world.

4. If you do pass it to someone, always angle the end of the hose with the mouth tip away from the person you're giving it to. This rule is frequently ignored. But be aware that you may offend and disrespect your host, fellow participants, or country by overlooking their customs.

5. Speaking of passing the hose, always use your RIGHT hand when smoking hookah. In some parts of the world, the left hand is considered to be unclean. You may be thinking to yourself, "My left hand is just as clean as my right".  By ignoring this rule, you run the risk of insulting and offending your hosts or guests.

6. Traditionally, hookahs are thought to belong on the floor and not on tables or on any other risen platform. It stems from the idea that hookahs are objects of service. Putting it on a pedestal (or any other seemingly glorifying alter) is considered to be Bad News Bears! Again, this is more of a tradition than a rule. Hookah lounges often adhere to the customs but cannot in every situation.

7. Be mindful not to blow smoke into another person's face. While shotgunning (a term used to describe the act of blowing smoke from one person's mouth to another person's mouth) is not necessarily insulting, a good rule to go by is if the person doesn't want you to blow your smoke in their face, simply don't do it! Unwanted smoke in your face (not to mention subsequent breath) is considered rude, impolite, and gross.

8. Another quick tip is not to point your hose directly at someone. Tisk tisk.

9. If you're smoking a multi-hose hookah, if someone else is smoking, let them finish puffing before taking your turn. Also, do not blow into your hose in an attempt to push smoke up through your friend's hose and into their face.  That's just rude.  See rule 7.  And unless you're in the act of smoking, plug your hose so your friend's aren't just sucking air.

10. Promote good hygiene.  Always use a mouth tip (but don't share one). If you're sick, don't smoke with friends.

11. When it is your turn, rest the hose in your lap.  Do not place it back on the table. Once you have finished with your hookah session, the best way to say "we're done" is to wrap the hose around the shaft.

12. Don't be a JONO. Don't Bogart! While puff puff pass is still respected, some think that each participant should be given 2-3 minutes per turn. If you're that guy that spends 5-10 minutes trying to perfect the art of smoke rings, do it on your own time. Let your friends/guests have a turn too buddy! Be lighthearted if there is a Bogart among you. Subtle ways of letting him or her know that they're chiefing the hookah are good enough.  Call them out!

13. Hosts should let their guests help in deciding what hookah flavor to smoke. And don't pick a flavor YOU KNOW someone won't like. That's just uncool. Also, if you're a guest in my house and I invite you over to smoke hookah, do not try and reimburse me.  Sharing the hookah experience with my friends is my pleasure.

Smoking hookah is a privilege and a civilized pastime.  Having fun, relaxing with your peers, and enjoying a peaceful hookah session is what it's all about.  Don't ruin the vibe for others!  Follow the rules of hookah etiquette and experience the hookah culture in all its wealth.  If there are a few tips or rules you would like to add to our list, please feel free to do so by leaving comments below.  This is a forum for you to discuss your experiences and traditions as well.  I look forward to your feedback!  Happy Smoking!