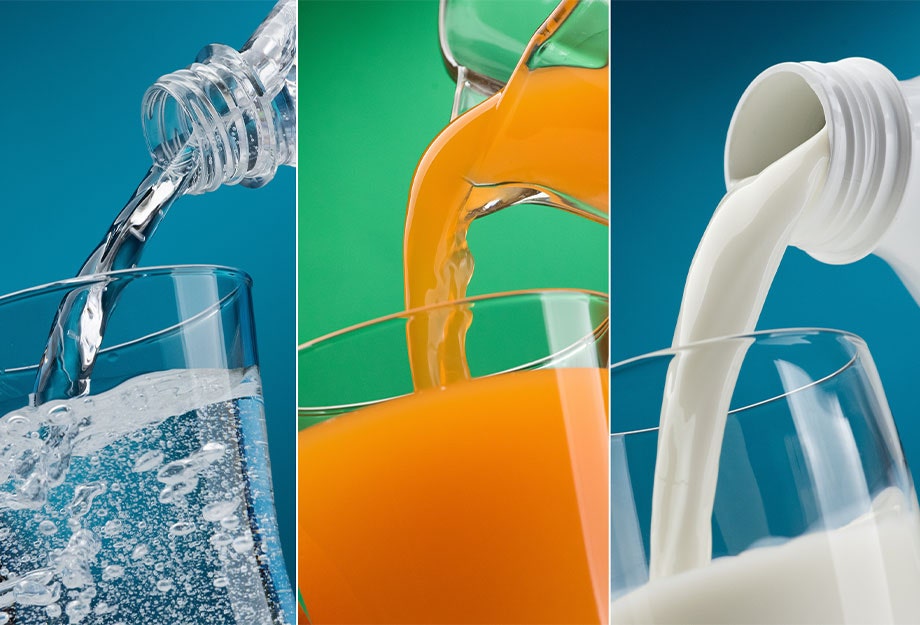 What's The Best Liquid For Your Hookah Base?

As pretty much any hookah smoker, from beginners to experts, can attest to, one of the most necessary parts of setting up a hookah is putting some form of liquid in the base. The liquid is what cools your smoke and makes your hookah session nice and smooth. If there's not enough liquid you can expect a dry and unpleasant inhale with a harsh flavor.

Traditionally speaking, water was the preferred substance to fill your hookah base with. However, as hookah has grown in popularity all over the world, there have been a number of other liquids that people have tried, tested, and suggested to others.

In this week’s episode, we’ll be going over some of the more common, popularized suggestions that we’ve come across and crowning a victor. 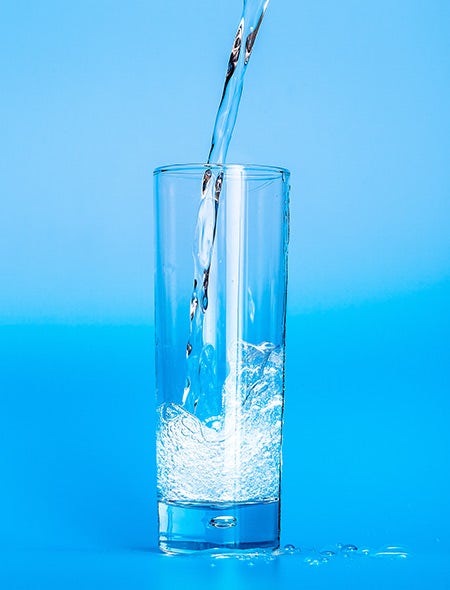 Simple, elegant, and (usually) clean. Water is the most widely used liquid in hookah. Flavorless and neutral, water’s only effect on your hookah session is to cool your smoke and make your hookah smooth. It doesn’t change the flavor, or do anything else for the most part. It has one purpose, and it serves that purpose well.

If you're trying to decode flavors inside certain shisha blends, using water in the base will always provide you with an untainted profile for easy flavor breakdowns. It's kind of difficult to rank blueberry shisha against one another when you have orange soda in the base. 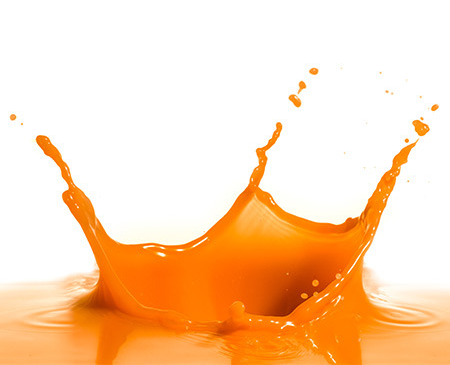 A majority of hookah smokers have at least a couple of fruit flavors that they enjoy, so why not amp up the fruit by adding fruit juice to your base? That was the thought at least. Everything from orange juice and apple juice to cranberry and grapefruit juice has been added to a hookah base, assumingly with mixed results.

While fruit juice can definitely give you a slight boost in the fruit flavors in your bowl, our experience has been that it almost makes your hookah too sweet. The sugary sweetness of the juice has a tendency to blanket the flavors in your shisha. Some people may disagree, but that’s just our experience.

Fruit juice will also make it harder to maintain your hookah. Fruit juice contains vast amounts of sugar which cause the inside of your base to become sticky. This can also cause issues with the formation of mold. It requires a deep cleaning after every use.

A simple trick when using fruit juice to avoid some issues is to dilute it with water in 50/50 portions. You can change the percentages to your liking but doing this provides you with a better viscosity in the base, and saves on how much juice is used while still displaying bright colors. 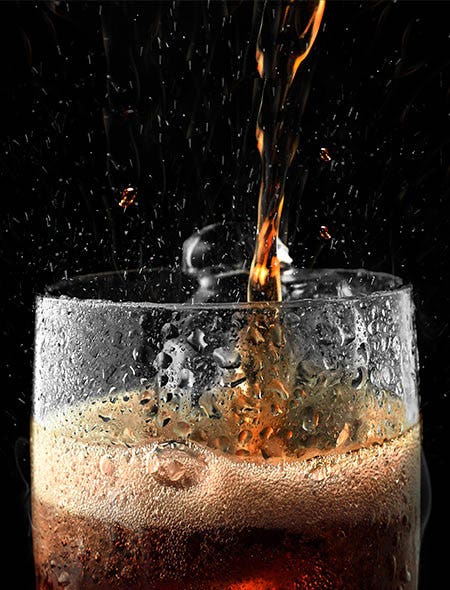 Similar to fruit juice, some people recommend adding soda or pop to your base to get an extra kick of sweetness.

Again, the sugar and flavors of the soda will certainly make your bowl sweeter, however it may interfere with the shisha flavors in your bowl.

Something to keep in mind when using soda in your base as well is that soda contains carbonation, i.e. the bubbles that make your soda all fizzy. When drinking soda, this is obviously totally expected, however when using it in a hookah base, it can cause some unexpected effects. Mainly, that carbonation builds up in the base and those first couple of hits of the hookah can be rough. I mean, just imagine inhaling soda carbonation. Not a fun time, unless that’s your thing I guess.

Pro tip: If you're going to use any carbonated beverage in your base, be sure to remove some of the fizz before closing up your base and starting the session. Give your bottle a shake and open the top slowly to release some pressure, you're aiming for a semi flat soda. If it's too strong in flavor but you still want some of the taste, just remember you can dilute it with water. 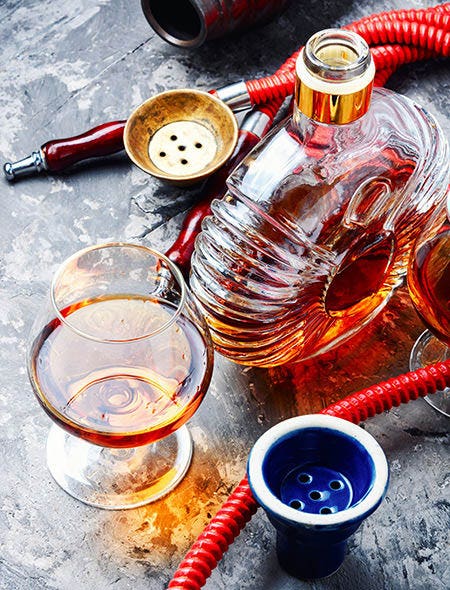 Various forms of alcohol are also suggested on some occasions. Some people call for putting tequila, vodka, etc. in the base for their flavor blends.

While the alcohol can absolutely alter the flavor of your bowl and give it a “kick,” it definitely comes with some difficulties. Depending on the alcohol that is suggested, that alcohol will contain varying levels of sugar. As explained in the fruit juice and soda sections, this will require you to deep clean your hookah base.

You also end up inhaling traces of alcohol vapors, which is not pleasant, both from a flavor standpoint, and in general. We highly recommend against putting pure alcohol/hard liquor in your base.

You'll hear more people say they have success with the use of diluted wine over any hard liquor. Depending on the flavor in your bowl a splash of wine isn't that bad, but the amount of effort that goes into restoring your hookah gear back to a neutral smell out weights the small boost in flavor. 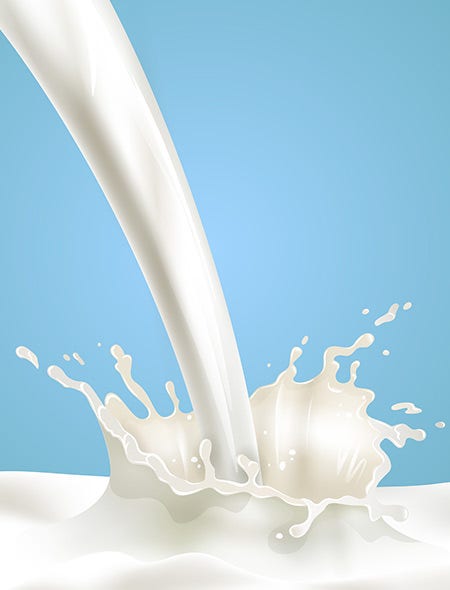 Other than water, milk is the other liquid option that we hear about the most. Many lounges across the world offer milk in the base as an “upcharge,” advertising that it makes your clouds thicker.

Milk is a relatively neutral flavored liquid (at least in terms of hookah), so it shouldn’t affect the flavors in your bowl too much. You may notice a slight kick of “creaminess” caused by the milk, but other than that, there shouldn’t be too much of a flavor difference.

While it doesn’t affect your flavor too much, in our experience, milk will not make your smoke any thicker as many people claim. The amount of smoke you get from your bowl and how thick it is really just depends on how you’re packing your bowl and managing your heat. The liquid itself for the most part won’t really play into how thick your smoke actually gets.

One thing to keep in mind if you’re using milk in your base is that it will heat up. The smoke from your bowl is very hot and gets pulled through the liquid to cool it down before it goes into your hose. That heat from the smoke gets transferred to the liquid in your base.

I hope you see where this is going, but if not, basically that milk will get warmer and warmer over time as you smoke your hookah. I don’t know how y’all like your milk, but smoking through warm milk seems questionable at best.

In terms of cleaning, obviously milk doesn’t have that long of a shelf life either, so you will want to make sure that you clean your hookah base extra well. If you leave the milk in your base, or don’t clean it out well enough, the milk can go bad and cause your hookah base to smell pretty rancid.

This also goes for all of your hookah equipment that the milk has touched like your hose and stem. Clean it up or you will smell it for sure! 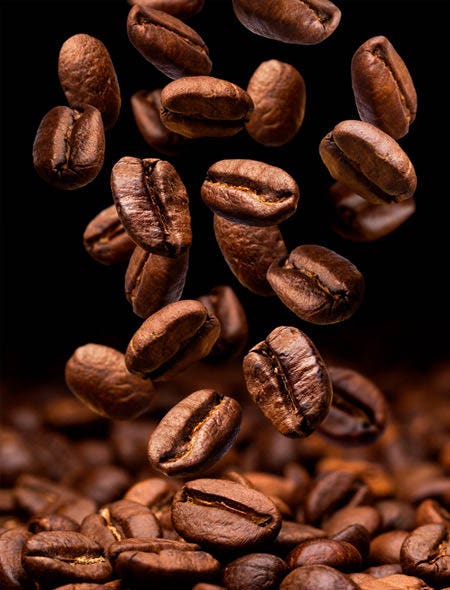 We can't forget about those that like to put a little bit of a kick in their bases using CAFFEINE. We're talking about coffee and their partner coffee creamers. In most cases the coffee flavors on the market are pretty bold in flavor but we understand some people want to take it to the next level.

Coffee in a diluted setting will add a great deal of flavor to the inhale, but if you're already smoking a coffee blend it can be difficult to pick it up.

Coffee creamers are available in all sorts of flavors but they're often a dairy based product. This means extra clean up for little results with the possibility of mold and funk.

If you want coffee with your shisha, we recommend sipping while you smoke. It will taste better in the cup than your base.

Who can claim victory as the best liquid for your hookah base?

All of us here at Hookah-Shisha have tried all of these different liquids at some point or another, so hopefully we’re in a good place to judge these options and decide which one is the definitive “best.”

In our experience, with the majority of the options listed above, the “pay off” just doesn’t seem to be worth it. Sure, fruit juice can add some sweetness, or alcohol can give a unique flavor profile to your session, but overall, all but one of the options require a whole lot of work after the fact and can really mess up your hookah stem if not properly cleaned and taken care of. The added bit of “creaminess” you get from the milk in the base just isn’t worth risking having the milk spoil in your base, giving you a rancid smell.

Out of all the options that we’ve come across and listed above, there is only ONE liquid that we recommend putting in your hookah base: WATER.

Water is the only liquid you need to put in your hookah base during your session. It won’t affect your flavor, it doesn’t have any sugar or anything else that would make cleaning difficult, and it effectively accomplishes the one purpose of the liquid in your base: cooling the smoke.

If you’re adding a different liquid into your base to add a certain flavor to your session, try tossing a pinch of the corresponding shisha tobacco flavor into your bowl instead. It’ll give you that little bit of added flavor that you’re looking for without the hassle of putting juice (or otherwise) in your base.

Water has officially taken the crown as the BEST liquid to put in your hookah base! We do NOT recommend putting any other type of liquid in your hookah. If you decide to go against our recommendation and do it anyway, we have one piece of advice: make sure to CLEAN YOUR HOOKAH super well afterwards.

Agree? Disagree? Have any questions for us? Reach out to us and leave a comment below! We’re available every day of the week via phone, Livechat, or email!