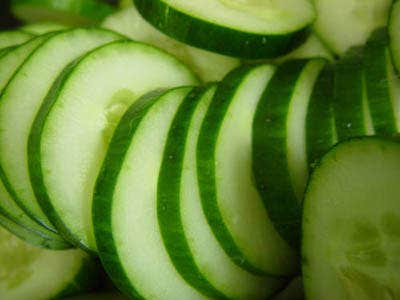 Romman Summer Crisp - The Cure for the Summertime Blues?

With the summer season approaching, it got me thinking about the perfect Summer Shisha.  Naturally, the only summertime favorite that came to mind was Summer Crisp from Romman Shisha Tobacco.

Summer Crisp was one of 5 new Romman flavors we launched in February of last year. To be honest, while we were enthusiastic and happy about the taste, smoke thickness, and length of flavor, we were unsure of how it would be received. Initial skepticism was inevitable.  "A cucumber flavored shisha tobacco? Gross!" Yes, we got a lot of that at first, and our response was always "don't knock it till you try it."  You have to get the image of the Wendy's salad bar out of your head and think of a cool, wet, very subtle green melon flavor with just the tiniest refreshing hint of mint.  Think of sitting in a green pasture in breezy, 76 degree weather while drinking iced water with a lemon wedge.  There you have Summer Crisp!

-While often misclassified as a vegetable due to their association with salad greens, cucumbers are in fact fruits of the gourd family Cucurbitaceae, which includes pumpkins and watermelons.

-Cucumbers have one of the highest water content of any fruit, hence the term "cool as a cucumber."

-In the summer of 2007, Pepsi launched a cucumber-flavored soda in Japan called Pepsi Ice Cucumber.  It quickly sold out, and later became a hot collectors item on eBay.

Now don’t just take my word for it.  Here are some reviews of Romman Summer Crisp that folks have left on our website: